The flea market A Bernau Flea was part of the Kontext Labor Bernau 2016 – an art in public space program in cooperation with the city Bernau and the University of the Arts Berlin.  Vendors set up their stands in the two vacant project spaces in exchange for homemade food. In an outside sitting area, visitors were able to converse.  Local photographer and writer Brigitte Albrecht presented her book while neighbor Marianne Kobe presented her work and skills in the almost forgotten technique of tatting. During the flea market different musical acts performed and the market ended with a performance by the German champions in breakdancing from Bernau with their show from the European Championship. 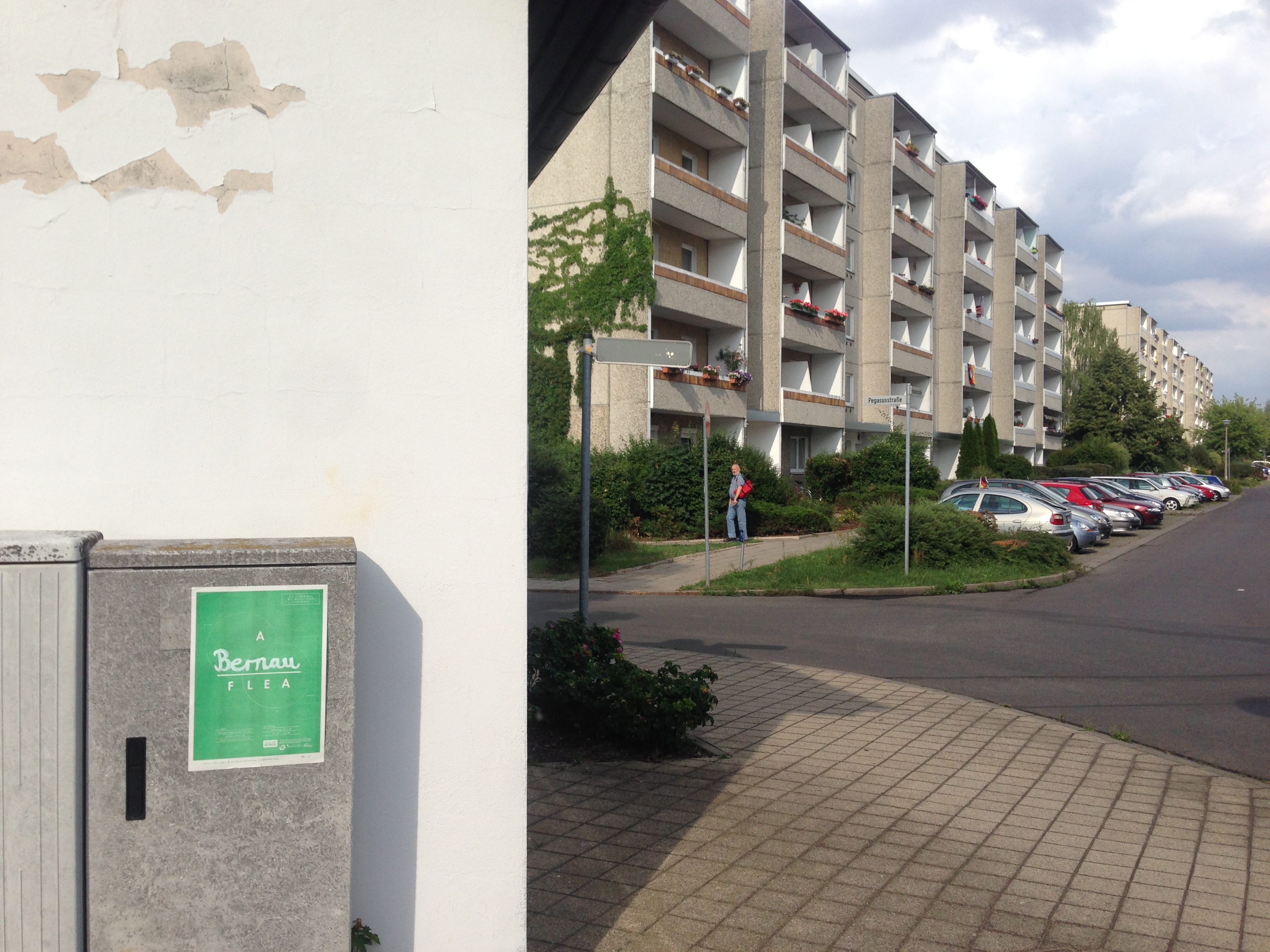 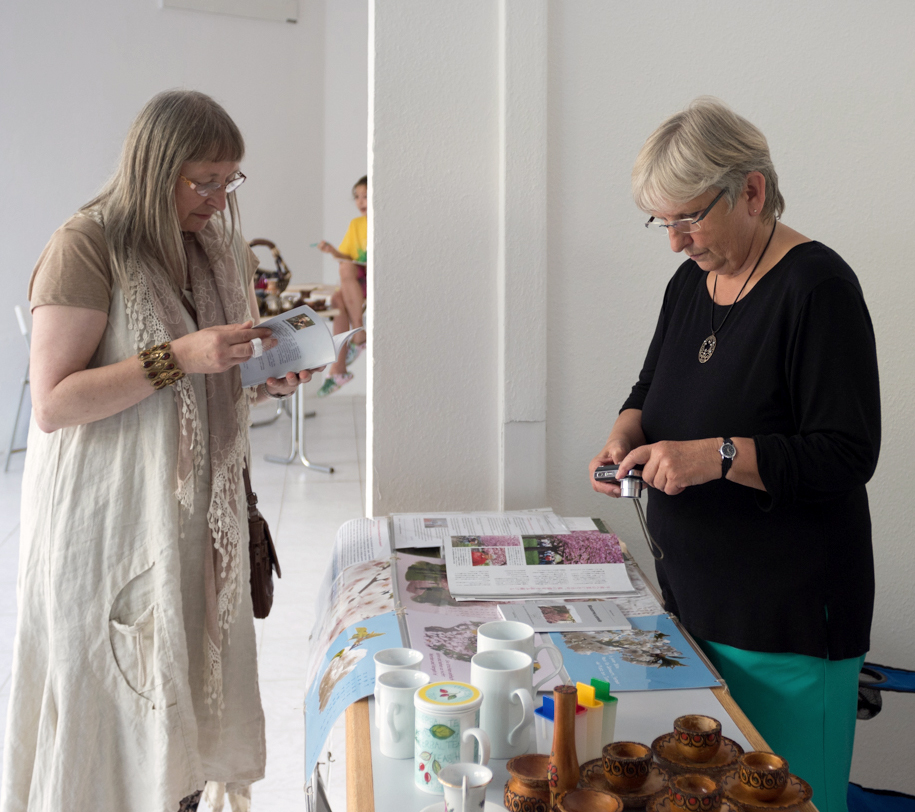 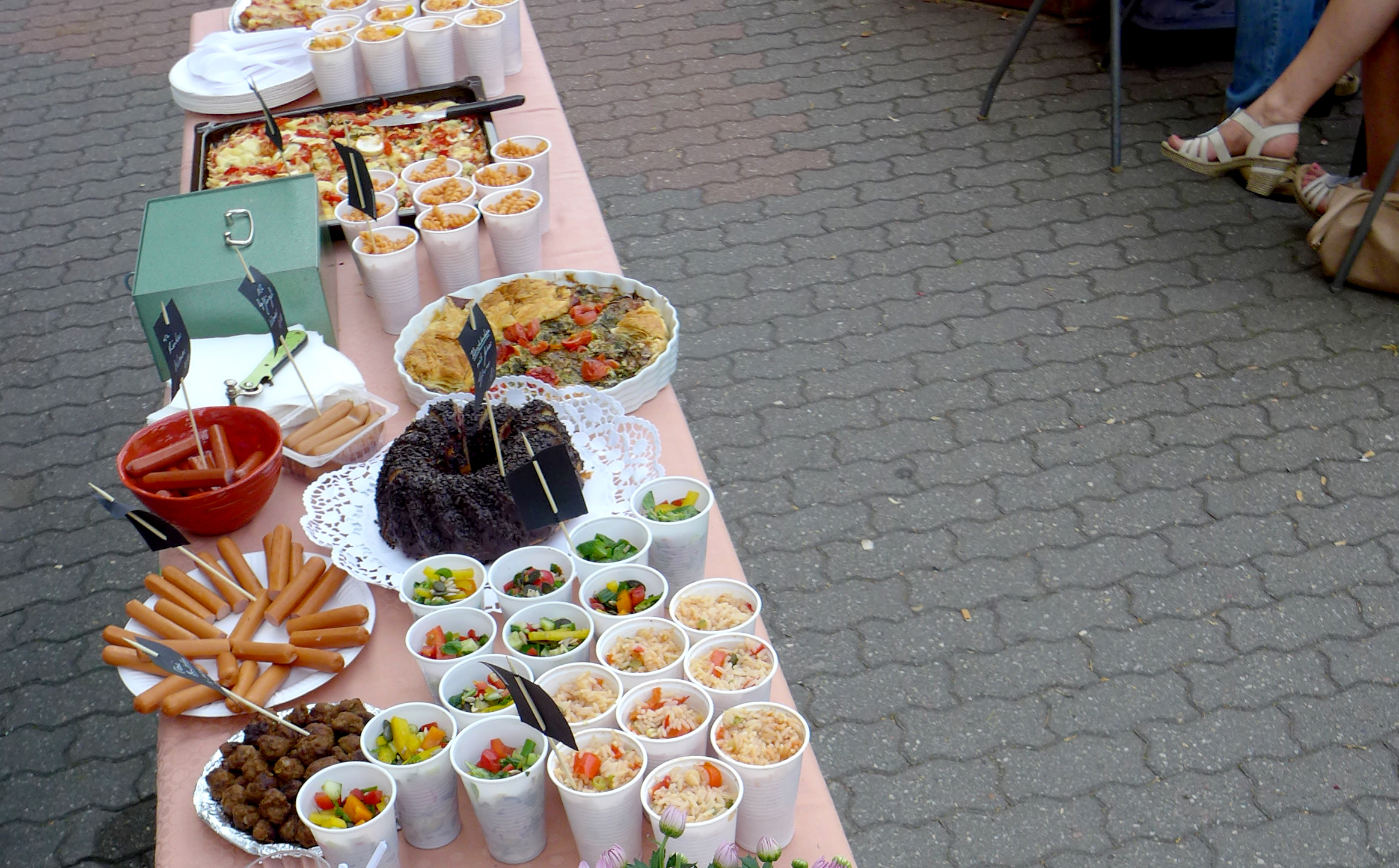 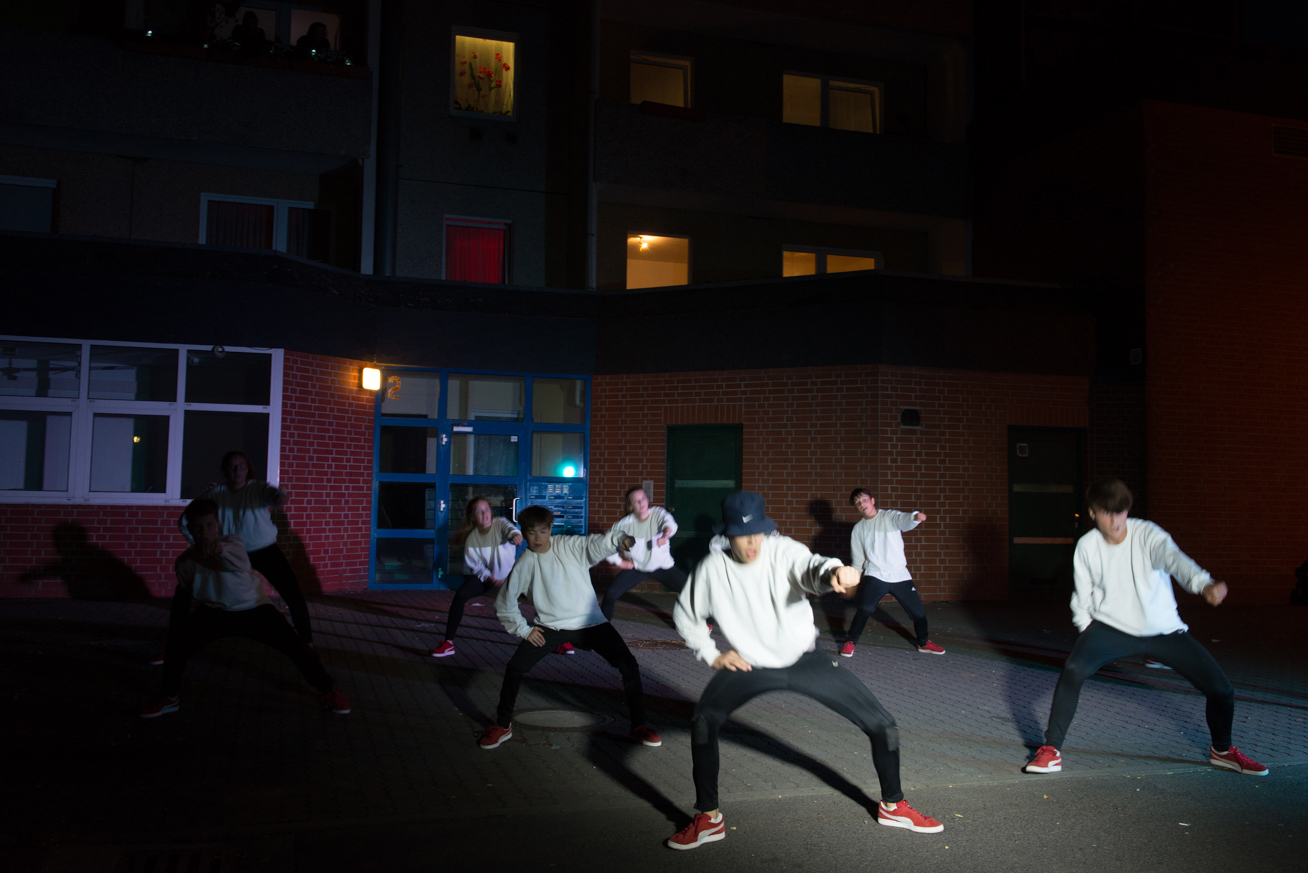 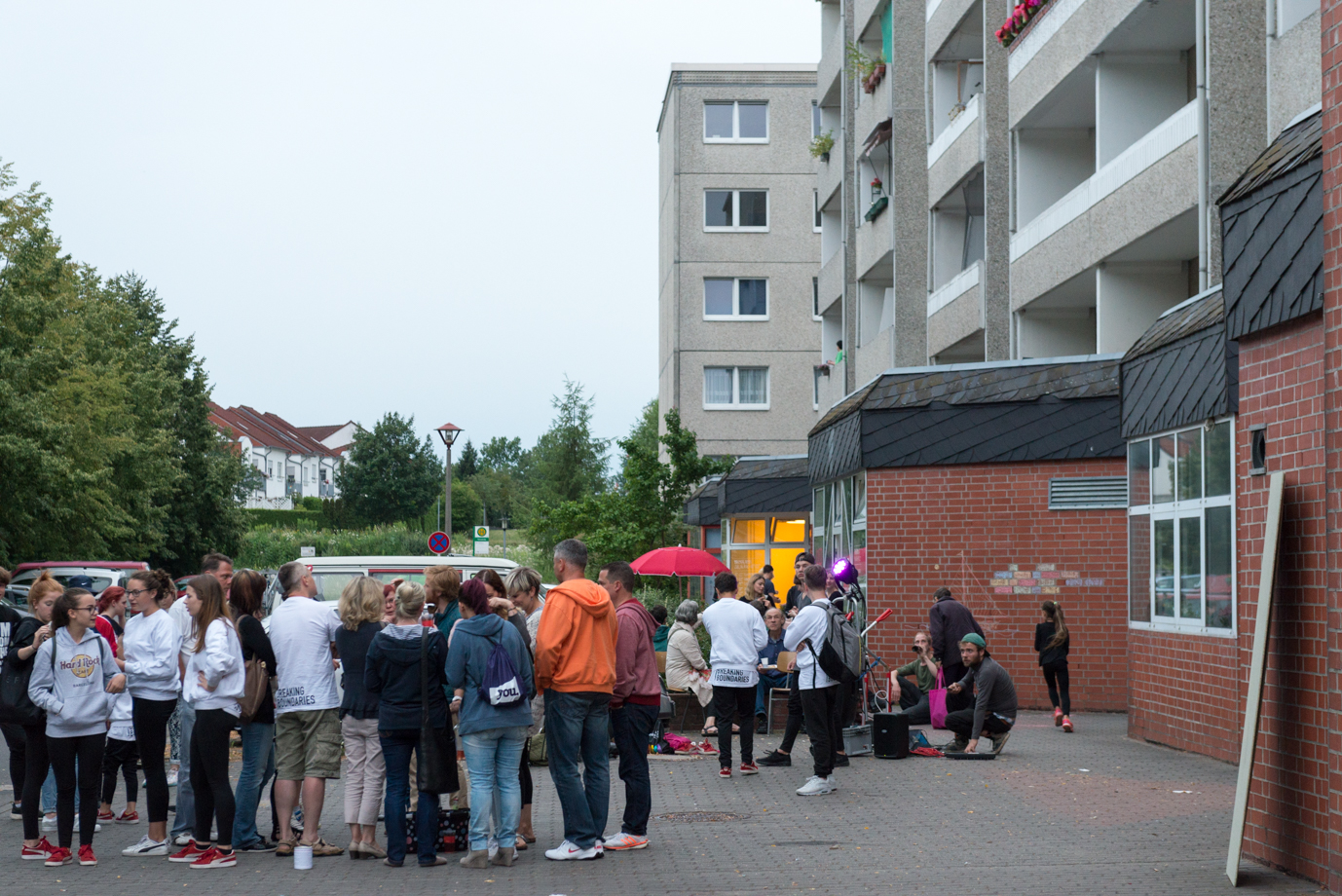 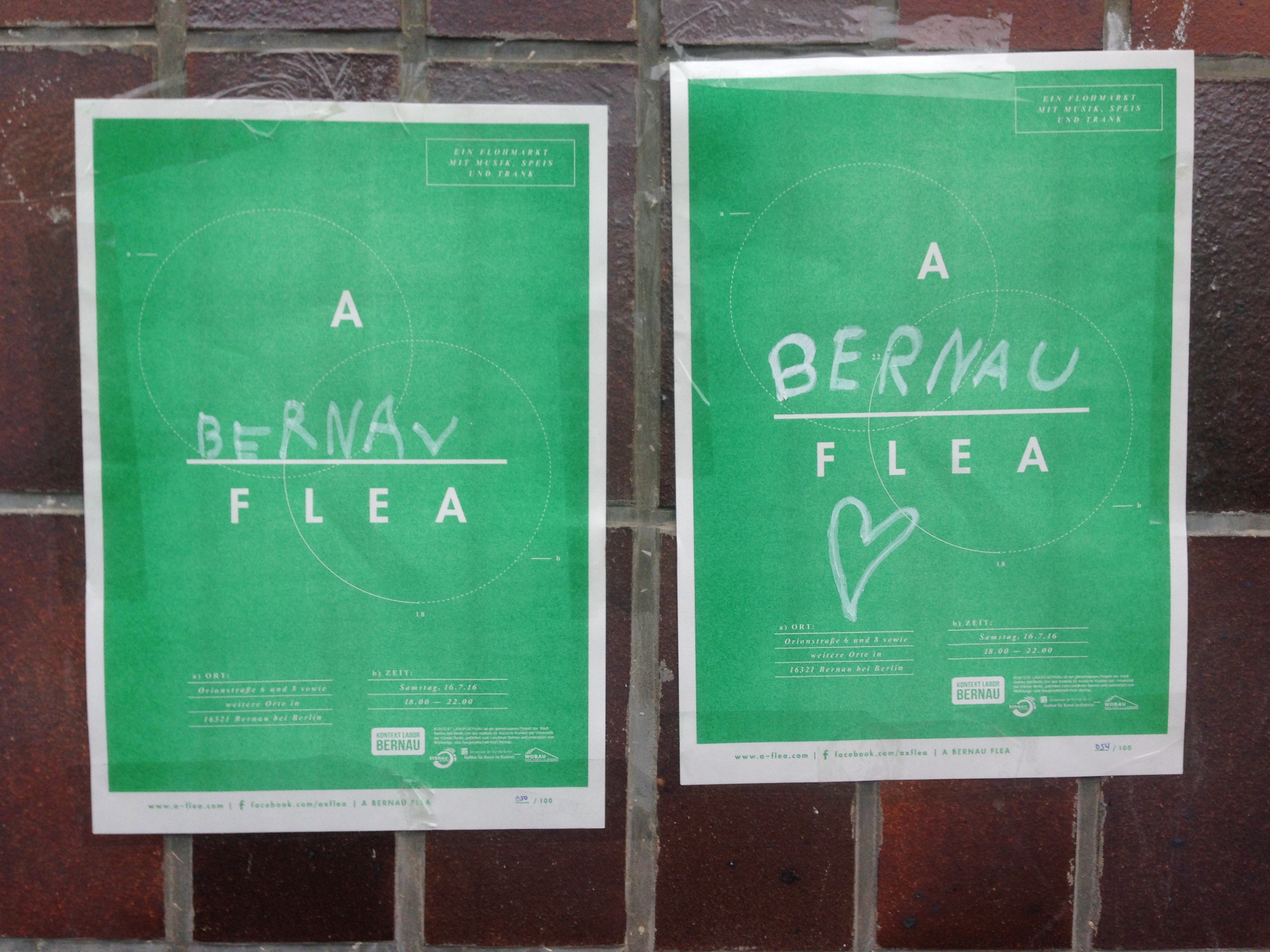 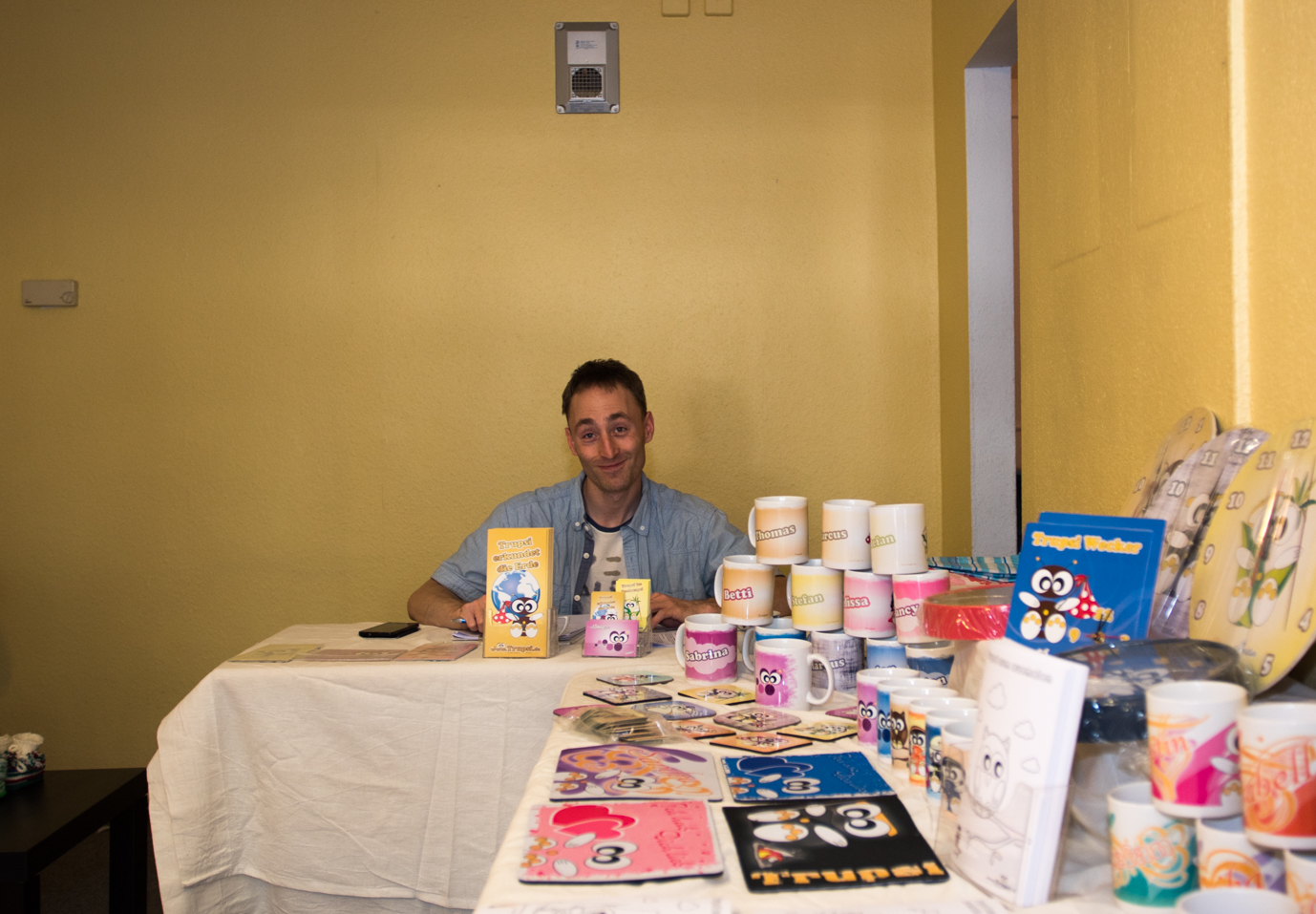